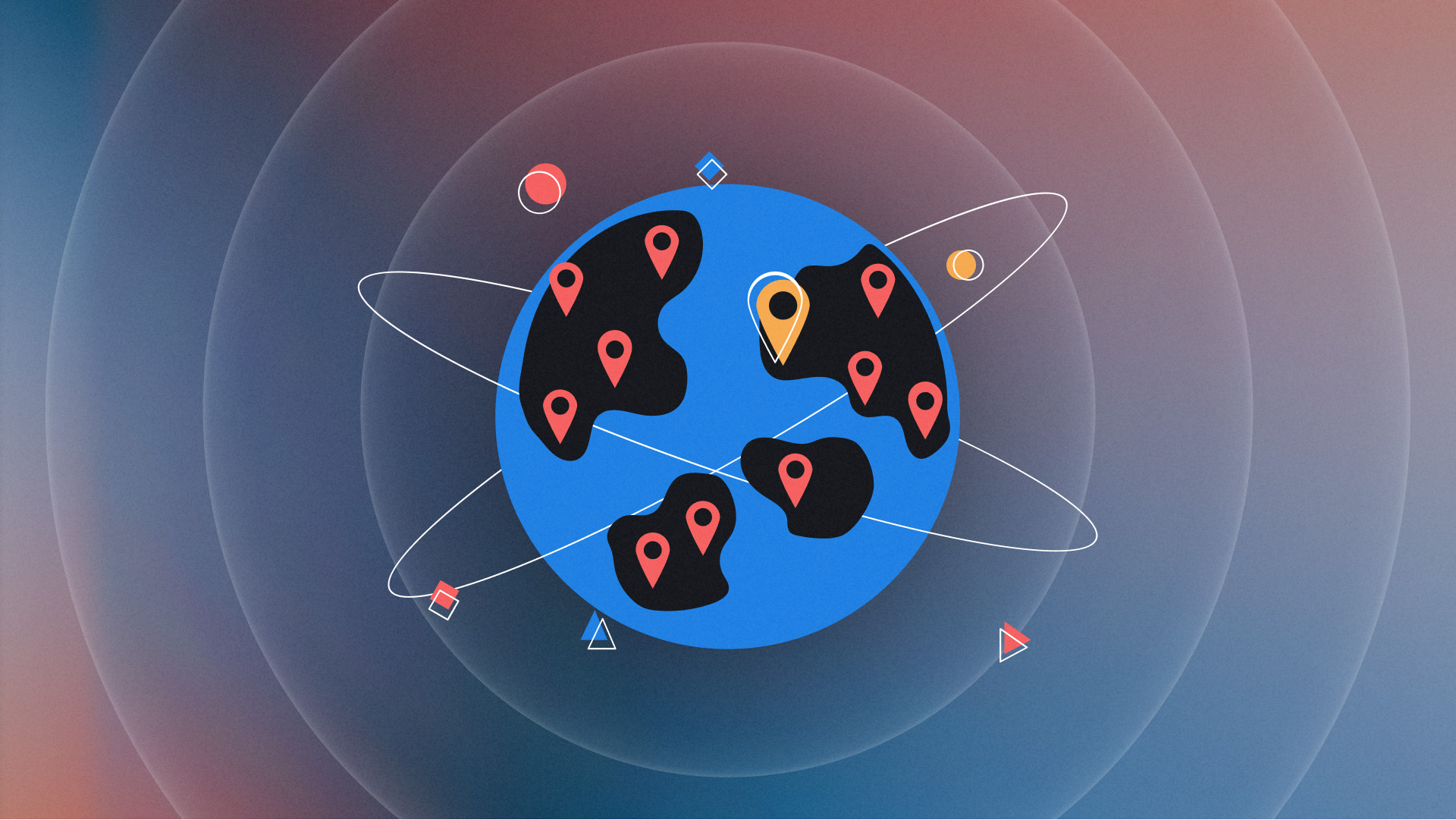 When your job is to chart the relentless spread of online disinformation, it’s easy to lose your place on the map. Thankfully there are people like Maria Ressa to ground us in global reality.

Ressa was the journalist who warned the world of an approaching ‘infodemic’ in 2016. She described her native Philippines as “the first domino to fall” when Rodrigo Duterte won power after a tech-enabled campaign of fear, lies and “patriotic trolling”.

Ressa accepted this year’s Nobel Peace Prize with a remarkable speech describing a “sliding door moment” in which we either build permanent defences against online hate and deception or watch our democracies crumble.

It was chilling to hear Ressa predict where local variants of disinformation will undermine global democracy in the year ahead. But it is precisely that whole-world mindset which makes her such an inspirational voice.

So what if we were to embrace her perspective all global disinformation starts local? Where in the world would we choose to take a stand? What international trends and events will demand our attention in 2022?

A safe bet for the year ahead is that disinformation campaigns orchestrated by political elites will continue to overlap with movements inspired by their hatred of the elites (both real and imagined).

From the grassroots, we can expect loose-knit alliances inspired by pandemic restrictions to expand visions of global conspiracy. Keep an eye on the Querdenken movement in Germany, which has broadened its scope to include general health misinformation, QAnon-like conspiracies and climate change denial. In Italy, we see an explicit confluence of COVID and climate change denial and this mutual embrace will be a common trait of disinformation campaigns with ambitions to become global franchises.

We can expect conspiracy thinkers to embrace the language of resistance, hijack the memory of anti-fascist groups and, in the process, trivialise the historic record of genocide. The White Rose movement, for example, takes its name from a Nazi-era resistance group, and the V-V network waging “psychological warfare” against “the oppressive forces of “medical Nazism”.

One of the most bizarre story arcs in global disinformation is the rise of the ‘Alt-Jihad’ movement, which rallies English-speaking supporters of the Salafi ideology through memes popularised by far-right trolls on platforms like Reddit, 4Chan, and 8Chan/8kun.

The warriors of ‘Islamogram’ are a harbinger of the future of extremism, says Moustafa Ayad of the Institute for Strategic Dialogue, united around “an infectious set of abhorrent mores devoted to the hatred of liberalism, multiculturalism, sexuality, and democratic principles, with a dedication to going viral.”

Meanwhile, at the top of the food chain of disinformation, political elites will continue to exploit a decline in societal trust in various election battlegrounds in 2022, with the threat to election integrity in the US midterm elections exported around the world.

In Brazil, we will see a critical test of Donald Trump’s ‘stop the steal’ playbook. President Jair Bolsonaro has engaged veterans of the Trump campaign in advance of a general election next October. A recent poll found that 50% of Brazilians believed the president could attempt a coup in the event of a disputed outcome. Either way, disinformation will be critical to his attempted control of the narrative.

The French presidential contest is a potential petri dish for the latest disinformation variant. Back in 2017, the leak of Macron campaign documents and its online amplification was the last-minute surprise of the campaign. This time around, insurgent far-right candidate Éric Zemmour has been propelled by a coordinated push on social media. A potential wild card is the use of deep fake and cheap fake videos in the final stretch of the campaign.

Hungary’s populist pioneer Viktor Orban is facing a stiff challenge from a united opposition in next year’s parliamentary elections, which are virtually certain to become a disinformation battlefield. Orban has used creeping state control of media to seed storylines that appeal to established prejudice and end with some “sort of discriminatory legislation against independent voices.” The Orban government is already warning that the US will attempt to influence the vote, creating the very meta prospect of a disinformation campaign about disinformation.

Maria Ressa reminds us that another critical battleground in 2022 will be the infodemic’s ‘patient zero’: the Philippines. In the race to replace President Duterte, Ressa says front-runner Ferdinand Marcos, Jr. has built an extensive disinformation network. With only a bare plurality required to win the presidency, international analysts warn that “the right balance of outrage, virality, misinformation, and trolling might be enough to tip the scales in any candidate’s favor”.

War by Other Means

Disinformation will continue to be a central feature of foreign policy for a remarkably large number of world leaders. At last count, the Oxford Internet Institute reckons that 81 countries had taken part in online propaganda and covert influence campaigns. State-sponsored disinformation is a game played by autocrats and the occasional democrat, and sometimes both at the same time.

In 2022, we’ll be watching out for the latest innovation in China’s sophisticated global campaign of ‘active measures’, particularly in Taiwan’s local election campaign, where it’s likely that pro-Beijing disinformation and smear campaigns will continue against the dominant nationalist parties. This will be a key test of resilience for Taiwan, which has been more active than most in countering disinformation in recent years.

Our understanding of Russian-backed disinformation campaigns has evolved since the fever pitch of Donald Trump’s election. We have seen some subtle shifts in Kremlin tactics in the information war unfolding in Ukraine, and the privatization of influence operations through Russian oligarch Yevgeny Prigozhin. US officials linked him to the St Petersburg ‘troll farm’ which targeted its 2016 election and now the EU says he’s behind the Wagner Group, a private security firm deploying former Russian military personnel into African conflict zones. Prigozhin is one of a number of foreign actors linked to active disinformation campaigns in Libya, which holds a critical election in the coming weeks.

“Disinformation for hire’ will continue to be a growth industry. The Oxford Internet Institute identified 48 countries in which the state had partnered with private ‘strategic communications’ firms to spread “computational propaganda” and use bots to create the impression of trending political messaging.

Lives on the Line

In a memorable line from her US Congressional testimony, Facebook whistleblower Frances Haugen spoke of the raw version of social media “roaming wild in most of the world” where “there's a lot of lives on the line”. The key test for big tech platforms in 2022 is their investment in human and AI content moderation in countries and languages where hate speech costs lives.

We learned this year that 87% of Facebook’s spending on detection of mis/disinformation goes to English-language content, despite the fact that only 9% of its users are English speaking. Until recently, Facebook had failed to develop the machine learning models crucial to content moderation in Hindi and Bengali, both among the top-ten most-spoken languages in the world. This is a particularly dangerous omission in a country like India, where “misinformation is practically baked into the ruling party’s communications” and regularly takes the form of hate speech directed at religious minorities.

Seven Indian states will have assembly elections next year, and we can expect that Muslims, Christians and Sikhs will be targets of disinformation accusing them of separatist activities. This event will be a test of big tech’s commitment to effective content moderation where it matters most.

Another call to action is the detection and disruption of hateful speech and disinformation in Arabic, and, in particular, securing the online safety of the LGBTQ+ community. An investigation by Reuters tracked the virulence of content promoting gay conversion therapy in the Arabic-language, and the lack of effective moderation of content banned by the big platforms.

An enormous challenge in 2022 will be the weaponised prejudice of gendered disinformation. In particular, coordinated online attacks and narratives “making online spaces dangerous places for women to speak out”. A particular cause for concern has been state-sponsored attacks on women leading protest movements in countries like Belarus, Lebanon, Venezuela and Hong Kong.

2022 may be the year Silicon Valley has to accept European regulation of disinformation as its default setting.

The EU is expected to ratify the Digital Services Act next year, which addresses online safety and illegal content. By spring, the European Commission will also have a revised Code of Practice on Disinformation, which will introduce greater accountability in content distribution, moderation and targeted advertising. Oversight of the new code will be provided by a European Digital Media Observatory (EDMO).

The European approach focuses on regulation of the systems that spread harmful content rather than the “whack-a-mole” deletion of content at the individual level.

Disinformation is defined  by intention manipulation of online conversations, so policy which helps prevent bad actors hijacking attention or evading detection through ‘coordinated inauthentic behaviour’ has better odds of flattening the curve.

The Wrong Kind of Regulation

Many governments have opted to legislate for the removal of ‘harmful content’ in their jurisdictions. At best, they create a messy patchwork of liabilities and exemptions which may well make content moderation harder and undermine a coherent international approach.

At worst, these manifest as ‘fake news’ laws and act as an instrument of oppression. Seventeen countries have passed some form of regulation targeting disinformation during the pandemic, according to the International Press Institute, “handing autocrats new censorship tools”. The continuing impact of ‘fake news’ laws in places like Malaysia and Singapore is a concern in 2022, as is the potential introduction of such legislation in Hong Kong.

A Moment of Truth - and Trust

In 2022, it will be easy to become paralysed by the geographic complexity of democracy’s disinformation problem. But Maria Ressa has offered us a potential roadmap for the year ahead, starting with global investment in independent journalism and regulation of technology which “profits from hate and lies”.

Ressa makes the vital connection between truth and trust. Conspiracy thinking and online extremism flourish when faith in our shared institutions is weakest. We can’t protect truth in societies unless we restore trust in our democracies.