Indian Misinformation and Sophisticated Hate: What You Need to Know Before the State Elections 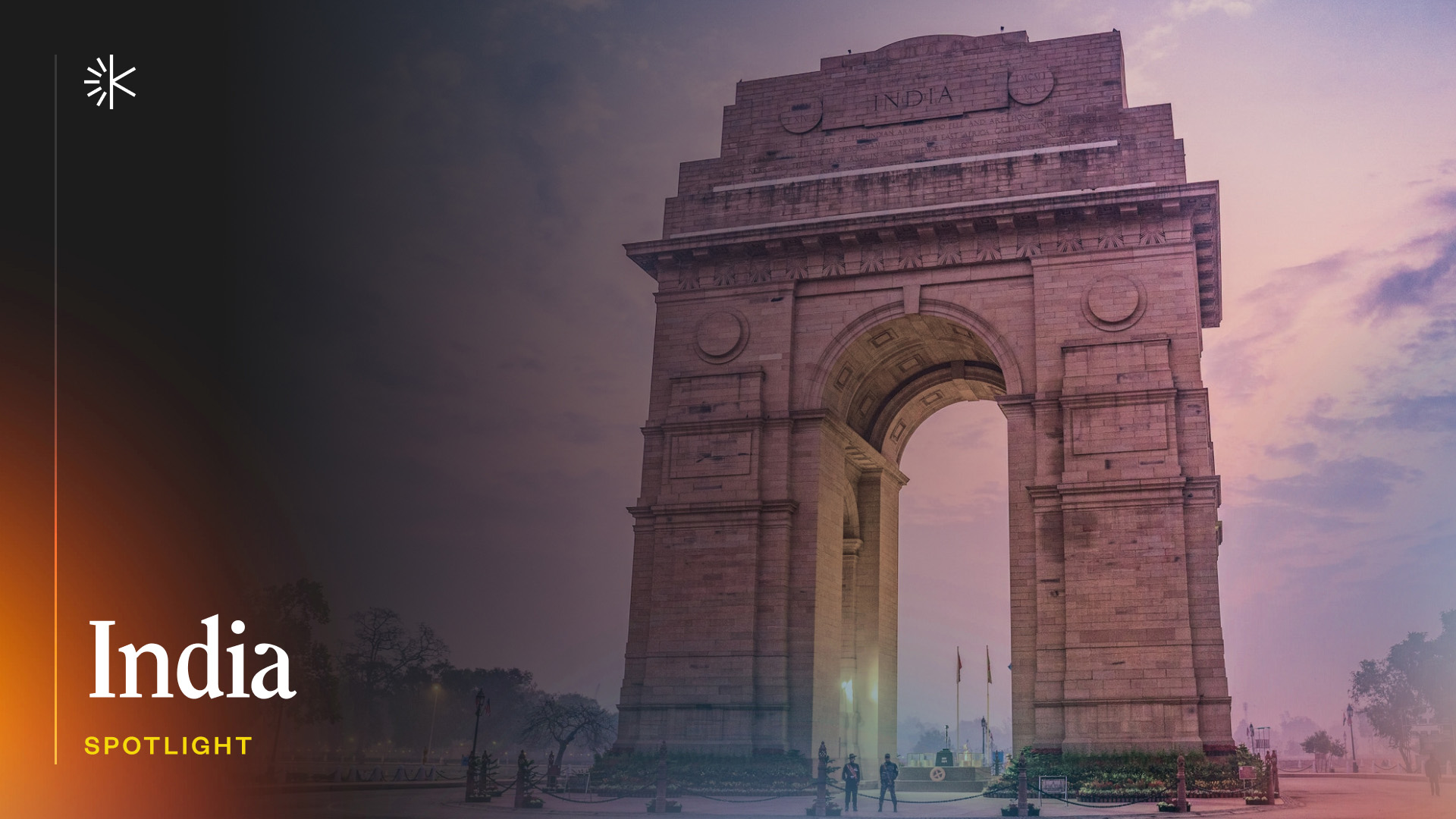 Hundreds of millions of Indians will vote in the upcoming local elections in February and March. Five Indian states - Punjab, Goa, Uttarakhand, Manipur and Uttar Pradesh - will poll to elect their assemblies.

It is a significant moment for two reasons: for one, it will indicate the overall mood of citizens ahead of the General Election in 2024. But it will also reveal some global truths about dangerous misinformation and the spectrum of ‘sophisticated hate’; the hate that is not expressed in the most obvious ways.

With an increase in the number of COVID cases in the country, several political parties are using virtual campaigning techniques. With limited ground activity, social media has become the primary source of political messaging. This makes the role of social media platforms during the elections even more critical than before.

There were 518 million social media users in 2020 in India and the number is set to increase to 755 million by the end of 2022. It is a significant market for prominent social media companies, namely YouTube, Facebook, Twitter and Instagram. WhatsApp is the most used messaging app in the country. Other messaging services like Facebook Messenger and Telegram are also increasingly popular.

All of these platforms are used by Indian politicians to spread misleading claims and even hate speech. In a now deleted tweet, Kapil Mishra, National Spokesperson of the ruling Bharatiya Janata Party (BJP), invoked Pakistan while targeting India’s former Vice President Hamid Ansari. Hindu nationalists often accuse Indian Muslims of being loyal to Pakistan. The neighbouring Islamic country was formed after the partition of Colonial India in 1947. Mishra targeted Muslims by insinuating that 'they' [Muslims] want to kill and convert 'us' [Hindus] and make India a Muslim country.

Another politician from the BJP, Neeti Singh, tweeted a manipulated image that shows opposition leaders endorsing a BJP Chief Minister ahead of polling. Similarly, Facebook is used for spreading propaganda and hate speech by politicians and their supporters. Activity on these social platforms interacts. Frequently, Twitter and Facebook are used to share problematic YouTube videos.

An alternative app to Twitter, Koo App, is popular in India. It is dominated by supporters and members of India’s Hindu nationalist party, the BJP and ministers. The users moved to Koo after Twitter refused a demand of the Indian government that asked the microblogging site to block some accounts. Reportedly, one of the investors of Koo App is also a vocal supporter of the BJP. With 15 million users, the platform, developed locally, is another important one to watch for emerging narratives.

Ahead of the elections, there are three areas that are likely to result in  challenging circumstances for moderators at major social platforms:

We have seen content originating from India on multiple platforms that dehumanises Muslims and accuses them of being anti-India. The Muslim community is being increasingly accused of two hateful narratives — ‘Love Jihad’ and ‘Land Jihad.’ While the former accuses Muslims of ‘trapping’ Hindu women and converting them to Islam by faking love, the latter says Muslims are ‘grabbing’ lands and trying to change the demography of Hindu-dominated regions. Conspiracy theories coupled with hate speech have resulted in attacks against Muslims, both online and offline.

Misogynistic content pertaining to Muslim women is another important issue. January 2022 started with the scandal of the Bulli Bai app — an online platform that hosted pictures and names of over 100 prominent Muslim women in a mock auction. Recently, participants in a Clubhouse room made sexually violent calls against Muslim women — one said that having sexual intercourse with one Muslim woman is equal to demolishing seven mosques.

Christians have been targeted in India with claims of ‘forced religious conversions’ of Hindus for a long time now, and it has been increasing ahead of the elections. The conspiracy theory that there are ‘Conversion Mafias’ at work makes the religious minority community vulnerable to attacks.

Umpteen false political claims have been shared over the last few weeks on social media. Some old claims have been revived; for example, this fake page of the New York Times praising Indian PM Narendra Modi. Other political disinformation includes manipulated media by the Congress Party to claim support across religions in the country, and this fake image of election promises by the Samajwadi Party (SP).

Along with false claims, the BJP spreads propoganda targeting the Congress Party and SP over ‘Muslim appeasement’. The current Uttar Pradesh Chief Minister Yogi Adityanath targeted prominent opposition leader Akhilesh Yadav of SP by mockingly using the term ‘Abbajaan’ (a Muslim term of endearment for father) for the latter’s father. Recently, the hashtag #पाक_प्रेमी_अखिलेश (Pakistan lover Akhilesh) was also used against him.

Akhilesh’s recent statements were misrepresented to portray him as a supporter of Pakistan and its first PM, Muhammad Ali Jinnah. These misleading claims are seen as damaging for the politician ahead of state elections.

Another baseless claim being circulated at the moment is that Muslims are applying for leave from work in large numbers to vote in the Uttar Pradesh elections. The same message also falsely claims that the political party Trinamool Congress had booked travel for Muslims in the last West Bengal state elections. The misleading claim aims to incite Hindus and Yogi supporters to get out to vote ahead of elections, or their “honour will suffer” if the BJP loses.

The complexity of Indian politics and society creates significant challenges for policymakers and the online community.

Recent investigations on an app called Tek Fog are concerning. The reports, published by The Wire, reveal how trends on social media platforms can be manipulated and also highlight how journalists and activists were targeted in automated hateful attacks. The app reportedly has connections with people associated with the BJP.

The spread of misinformation and hate speech on WhatsApp is another challenge. Till June 2021, India had 487.5 million WhatsApp users, making it the most used personal messaging app in the country. This also naturally makes it attractive for people who disseminate misleading claims using the app. A look at the Indian fact-checking websites makes it evident that misinformation is thriving on WhatsApp. Some of its users can be seen requesting fact-checks of messages circulated via the Meta-owned app.

Another challenge is the presence of indirect messages of hate that evade policy lines; these can be categorised as ‘sophisticated hate’. While calls for violence or usage of slurs and explicit keywords are evidently violating, some users are increasingly using allusive messages of hate that can be hard to identify. With sophisticated hate, there are more careful accusations, which are nevertheless untrue and malign, communicated through dog whistles and other formats to evade content moderation. Without naming any protected category, users can produce messages of sophisticated hate, targeting these vulnerable groups by using religious references used by these protected groups. Simplistic keyword searches around hate is not enough when people are constantly evolving their messages.

One way social media companies can counter the potential damage of such speech is to partner with Indian experts to counter the information crisis ahead of and during the elections. Actively researching hateful and misleading content in both English and Hindi, as well as other local languages, is critical. It is important that policies are designed and implemented keeping in mind the regional needs. Messages of sophisticated hate, that aim to confuse and surpass moderators, should be scrutinised just like direct hate content.

All of the above clearly represents a major challenge for everyone concerned about and working to ensure fair and safe state elections. But it also presents a valuable opportunity to establish fresh ways that platforms, civil society organisations and the media can work together to protect vulnerable groups from majoritarian hate and strengthen democracy in India. 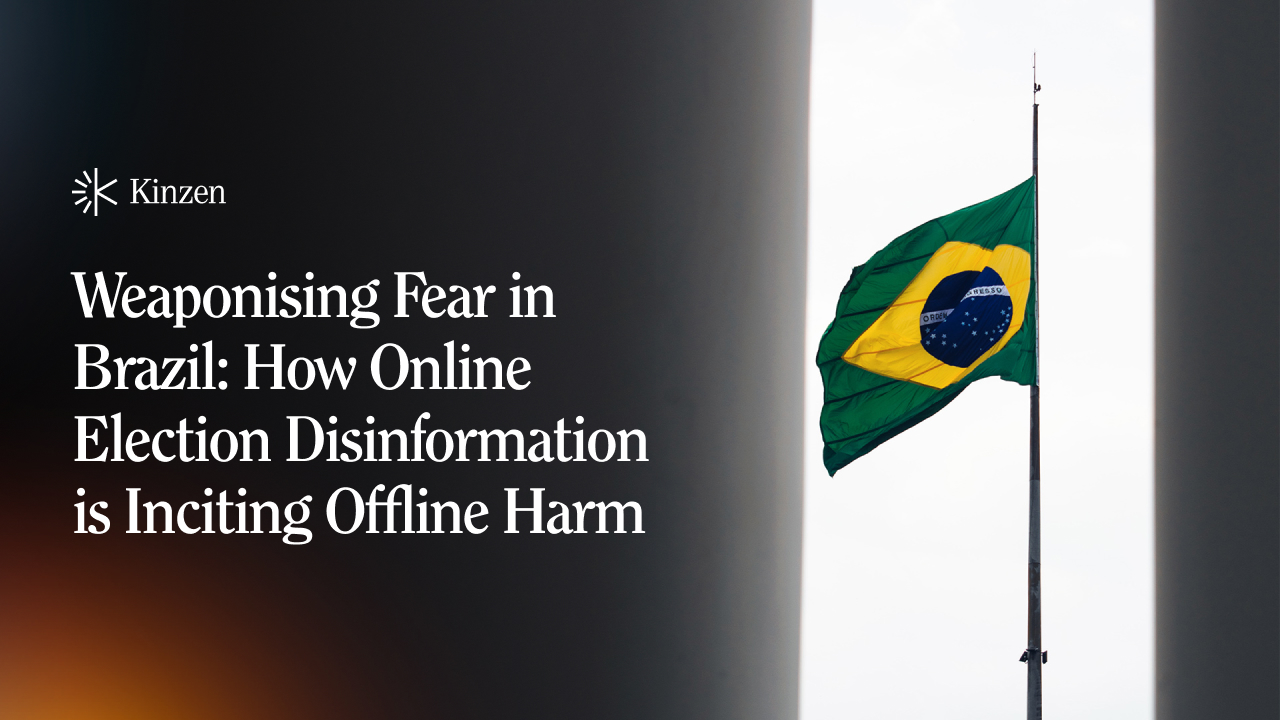