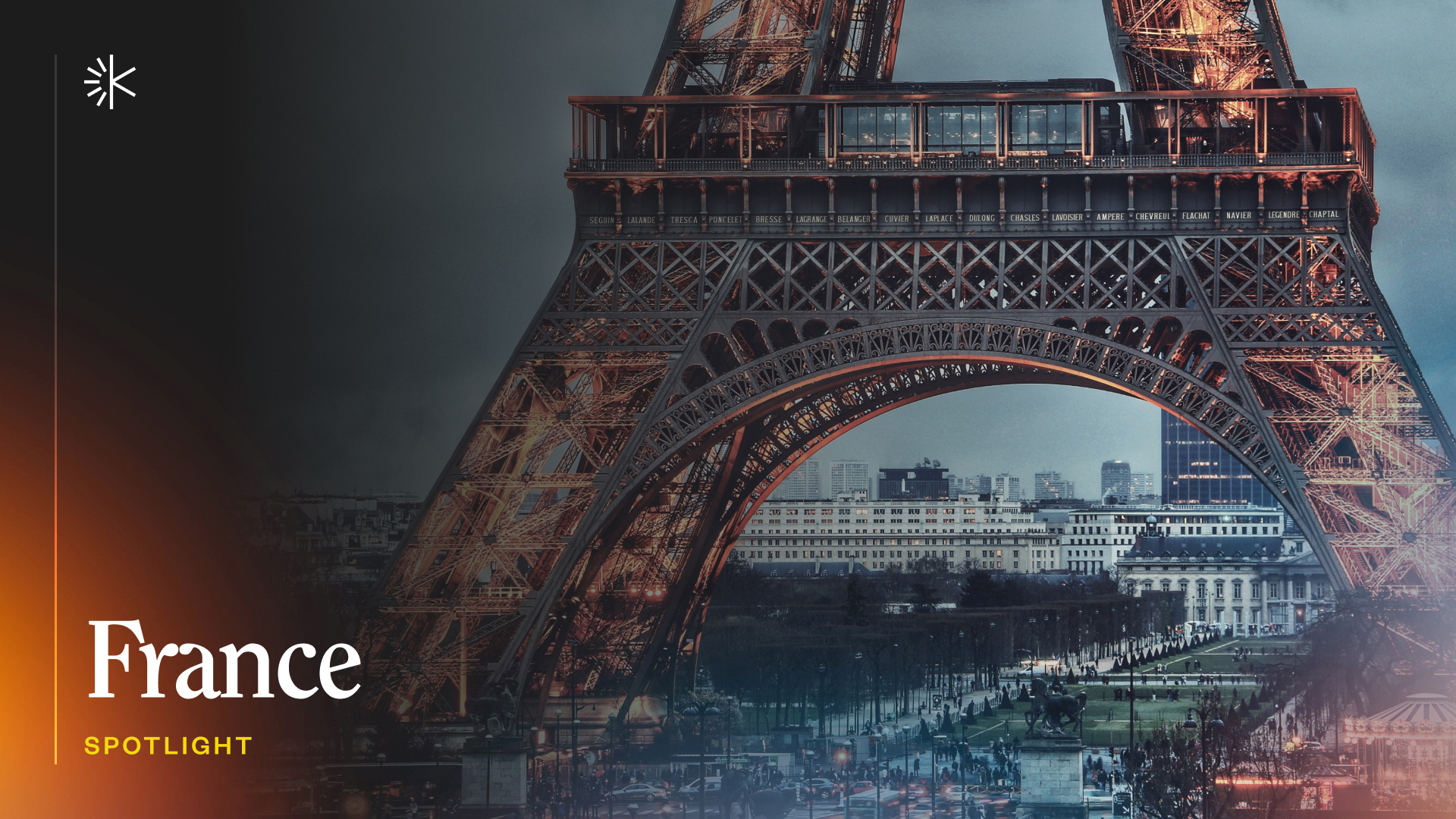 In his victory speech in 2017, French President Emmanuel Macron promised to ensure that French voters would “no longer have any reason to vote for extremist parties”. Five years later, the far right is stronger than ever.

At 58.5%, Macron did better than expected in the second round of the 2022 French presidential election. Nevertheless, with a 41.4% vote share, Marine Le Pen recorded the best score ever for her National Rally party. Political experts recall that never since World War II has the nationalist far right come this close to power in France. In just over five years, she transformed Jean-Marie Le Pen’s National Front from a fringe party into one that many voters consider an acceptable option. She nearly doubled the 17.8% her father got in the 2002 presidential election.

In addition to Marine Le Pen, another political figure emerged: the former TV pundit Eric Zemmour, who was convicted several times for inciting racial hatred. Le Pen and Zemmour together got more than 30% of the vote share in the first round of the election.

Behind Le Pen and Zemmour’s electoral success is a whole online ecosystem that has been built over the last two decades. Zemmour has long been a fascination for the fachosphere (i.e. fascist-sphere, a mainstream French term used to refer to the far right on the Internet). During the election campaign, he was elevated to a kind of cult figure among users of Facebook and Telegram groups, who felt Le Pen’s manifesto was “too left-wing” and too soft on immigration.

Following Zemmour’s defeat, many members of the fachosphere ignored the unsuccessful candidate’s call to vote for Marine Le Pen in the second round. Most of them radicalized their speech instead, calling for “an identitarian secession” and alleging a “democratic scam”. For instance, influential YouTubers Raptors and Valek advised their followers to stop voting in the future, casting doubt on the integrity of the election process. YouTubers Baptiste Marchais and Papacito called on French patriots to leave France for countries with lower immigration rates.

Still, faith in Zemmour hasn’t faded and many have welcomed the pundit’s recent decision to run for a seat in parliament in the June 12-19 elections. Among the 550 candidates Zemmour’s Reconquest party will present in June, one might galvanize the fachosphere. His name is Damien Rieu and he is one of the founders of Génération Identitaire, a far-right paramilitary movement dissolved in March 2021 for inciting discrimination, hatred and violence. The gunman in the Christchurch mosque attack made four donations to the group, as revealed by Libération and Le Point.  In 2012, some of its members occupied the site of a new mosque in the city of Poitiers. They regularly call for the “remigration” of refugees at European level and for a political doctrine of “national preference” in France - themes dear to the fachosphere.

During the presidential campaign, Eric Zemmour had a solid network of political supporters who were in constant communication; a dedicated army of volunteers who posted and promoted pro-Zemmour content. They flooded Facebook and Twitter, commenting and reacting as much as possible to amplify his messages. On Facebook for instance, accounts named “Women With Zemmour” (Les Femmes Avec Zemmour) and “The Young with Zemmour” (Les Jeunes avec Zemmour) promoted his public appearances.

The strategy proved effective: a study by Le Monde and Linkfluence shows how Zemmour became one of the main topics of discussion on Twitter during the campaign. The figures are quite impressive: between January 1 and March 2021, more than 12 million posts and reposts mentioned him, against two million posts and reposts for Marine Le Pen. Zemmour also boasted a very high social media engagement rate (40 million during this period).

In his book, Au Coeur de Z (At the Heart of Z), journalist Vincent Bresson, who infiltrated Zemmour’s presidential election team, describes how those “digital soldiers'' were instructed to join a huge array of diverse Facebook groups, ranging from supporters of football clubs to pizza lovers, anti-vaccine activists and Yellow Vest protesters. On top of that, a special task force was charged with regularly editing Zemmour’s Wikipedia page, one of the encyclopedia’s most consulted pages in France.

They also resorted to voter suppression tactics. Their strategy mainly involved discrediting President Macron through anti-Macron hashtags like #ToutSaufMacron (#AnyOneButMacron) or #SansLui (#WithoutHim). All of these hashtags ended up trending, sometimes for weeks. Finally, they circulated pictures and photo montages of Macron with Vladimir Putin and photos of mutilated Yellow Vest protesters to make the Macron vote “emotionally unacceptable”.

The “fachosphere”: a major challenge for platforms

In July 2020, YouTube announced it had removed 25,000 channels for "incitement to violence" or "violent extremism", as reported by Le Monde. A few days after banning the antisemtic comedian Dieudonné's channel, the video platform removed the two channels of Alain Soral, one of the country's most prominent purveyors of antisemitic sentiment. The move came one year after YouTube announced its policies were changed to be more hardline about hate speech. Similarly, Twitter banned the account of Génération Identitaire (Identity Generation) in July. Yet, extremists are still active on mainstream platforms, one way or another. They have just adapted their online strategies to push disinformation, hate content and conspiracy theories.

To circumvent censorship, many are using coded language. For instance, Papacito regularly uses “payday” for “pédé”, which is a homophobic slur. On video game forums, such as Forum Blabla 18-25 ans, many teenagers use “Noix et Arbres” (Nuts and Trees) to refer to “Noirs” (Black people) and “Arabes” (Arabs). They also use “Chances for France'' instead of “Suburban youths” and “Members of the organized community” to refer to Jews.

On YouTube, many upload trailers or short excerpts in which they add links to their personal websites and/or invite people to follow them on fringe platforms (VK, Odysee etc), where their views are expressed in a more radical way. Thus, in many of his videos, antisemitic essayist and conspiracy theorist Youssef Hindi condemns the censorship that he claims to be a victim of on YouTube and invites people to go on Odysee and Telegram to see his videos, assuming that the platform would ban them. Links are provided in his video description. Some users also tend to opt for live streams, which are by their nature harder to moderate.

Many extremists opt for the strategy of setting up several channels simultaneously to make sure the videos are still on the platform in the event that YouTube removes the official one. For instance, ex-military and gun enthusiast YouTuber Code Reinho has two channels: one official and a secondary one, which is regularly updated and promoted via Telegram. On the secondary one, he posts several videos in which he minimizes white supremacist terrorism and implies that most terrorist and violent attacks are perpetrated by descendants of immigrants. These videos do not appear on his official channel.

Instagram has become a go-to destination for some banned influencers and extremists. For example, the TikTok account of anti-immigration and pro-Zemmour influencer Estelle RedPill (Estelle Rodriguez) was banned nine times. She therefore set up an Instagram private account where her fan club can watch short videos of her complaining about the “hordes of migrants” allegedly playing the system, or about Marine Le Pen’s party being “too far to the left”. Because she enjoys a definite renown within the fachosphere, she had no trouble bringing her thousands of followers along.

Identifying extremist content is an increasing challenge for platforms. While extremists are adapting their online strategies to keep pushing disinformation and conspiracy theories, efforts on the part of platforms to counter domestic extremism must adapt as well. On the other hand, the shift to fringe networks - mainly due to mainstream platforms’ decision to ban the worst offenders - is problematic for two main reasons. Firstly because it has led to an ever-growing petri dish of online radicalization. Secondly, because it has made calls to violence and hateful content much harder to thwart.