Beyond the Techlash… What a Purpose-Driven Technology Movement Looks Like 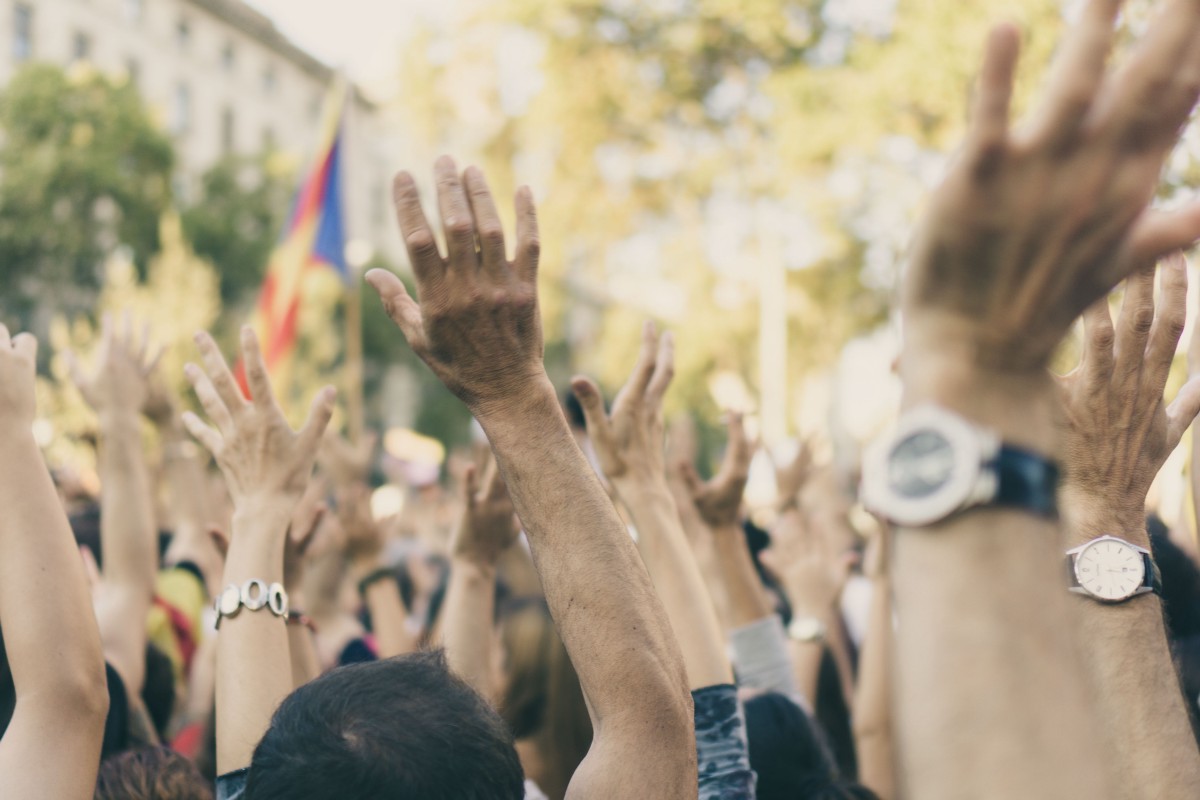 Have we reached peak backlash against Silicon Valley? That’s what the markets are telling us. The big tech companies are riding a wave of surging revenues and stock market valuations just as they come under more active scrutiny and sanction by regulators in Europe and the US. The smart money now seems to believe that Facebook is, to paraphrase Charlie Werzel, “too big to fight”.

The smart money is missing the point. The transition that matters right now is from moral panic to global movement. Profoundly more challenging than an angry and reflexive ‘techlash’ is an alternative vision of what our digital future looks like. The true power of this moment is not in the clamour to clamp down on big tech platforms, but in our changing personal relationships with technology.

The big fix will involve regulation of some kind, but breaking up a corporate giant like Facebook treats a symptom rather than the cause. The greater challenge is to fundamentally rewire the way humans interact with machines.

You could argue big platforms have reached their ‘big tobacco’ moment. The product they created inflicted enduring damage to public health. They should be regulated, just like cigarette companies.

To treat technology companies like big tobacco is to assume its core product, the internet, is intrinsically dangerous, just like nicotine. But that is the wrong frame of reference.

The better analogy is the relationship between big energy companies and climate change. The danger does not come from the core product, which is electricity, but the fossil fuels used to create it. The internet is a positive force in our lives. But not when it requires the unsustainable exploitation of personal data and human attention.

Today, an emerging tribe of technologists and entrepreneurs are rallying around a sustainable alternative. Some work quietly inside those big technology companies, fighting hard to rein in the unintended consequences of the Move Fast and Break Things credo. Others believe it’s time to start again.

After working at Twitter, I became obsessed with the question: what kind of technology company could you build if you started from scratch?

Together with my friends, Facebook veteran Áine Kerr and Paul Watson, I founded Kinzen. We’re working with news organisations to rewire the recommender systems which deliver critical information to citizens.

To satisfy the Move Fast business model, these hidden algorithms are currently programmed to hijack the unconscious biases of users and keep them tracked in a constant state of distraction.

Our work has exposed us to a significant shift toward purpose-driven behaviour in digital life. We’re witnessing a hunger for online experiences that deliver real-world agency, whether that’s better sleep patterns, healthier diet, or more empowering news routines.

Research shows the apps which produce the greatest sense of happiness are the ones from which we get the biggest return in the shortest amount of time. The most effective algorithms are the ones which reward human intention rather than hijack attention.

It is not too early to talk about a fundamental shift from an “Attention Economy” to an “Intention Economy” in which citizens place higher value on experiences which reward their best selves rather than pander to their worst instincts.

The shift to an Intention Economy provides incentives for technologists fighting back against “surveillance capitalism” and its voracious appetite for personal data. This is also where we see the greatest scope for effective regulation by lawmakers, particularly default settings that protect internet users from tracking.

The shift toward purpose-driven technology is amplified by a shift to new business models, based on flexible approaches to subscription rather than exploitative programmatic advertising.

The Intention Economy will reward a rising generation of purpose-driven entrepreneurs. The first thing you notice about this tribe is the absence of the ‘winner takes all’ mentality that fuelled the Move Fast generation. Instead of focusing obsessively on growth in the number of users, these entrepreneurs focus on the quality of engagement within the communities they create.

They stress the importance of sustainability rather than speed, “critical connections over critical mass”. They tend to think of their businesses in terms of a “double bottom line”, focusing simultaneously on social impact and long-term profitability.

We’ll hear a lot more about purpose-driven technology companies like Brave and Duck-Duck-Go, who offer internet browsers which protect their users’ privacy. Expect to see a shift toward “contextual advertising” which targets ads based on the nature of content rather than creepy tracking of user behaviour.

I’ve been particularly inspired by the work of Jennifer Brandel, founder of journalism start-up Hearken, and co-founder of Zebras Unite, a global community of entrepreneurs working for a more ethical and inclusive start-up culture.

There are early signs of purpose-driven venture capital through new financial options like revenue-based loans, companies like Indie VC and inspirational investors like Caterina Fake, who says every VC conversation with a start-up should begin with the question, “Should this exist?”

Silicon Valley veterans like Pierre Omidyar and Craig Newmark are making multi-million dollar investments in media projects with social impact. In the UK, Martha Lane Fox and her Doteveryone group are striving “to make responsible technology ‘the new normal’”.

Purpose-driven investors and innovators support the right kind of regulatory intervention, particularly around privacy and the predatory impulses of the big platforms. But most of them take a longer-term view of technology.

The golden opportunity at this moment is to break our dependence on the ‘fossil fuels’ of human attention, and to support a new generation of tech companies that help us live more productive lives. This is too important to be left to the politicians and the regulators. The fight for a purpose-driven internet belongs to all of us.